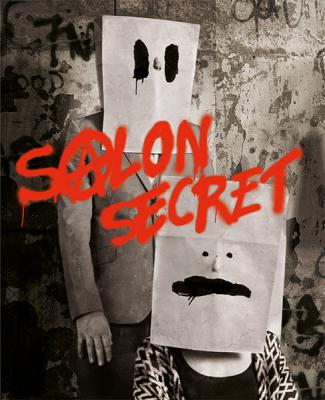 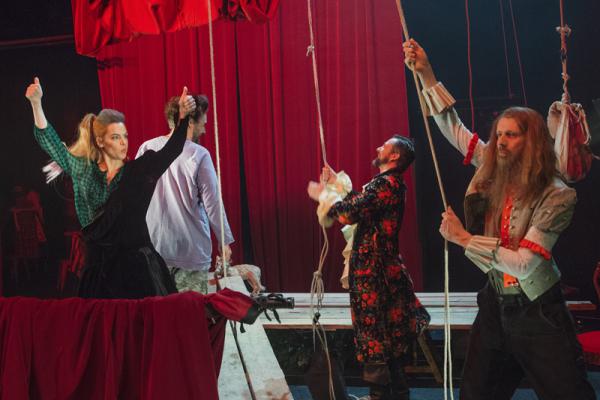 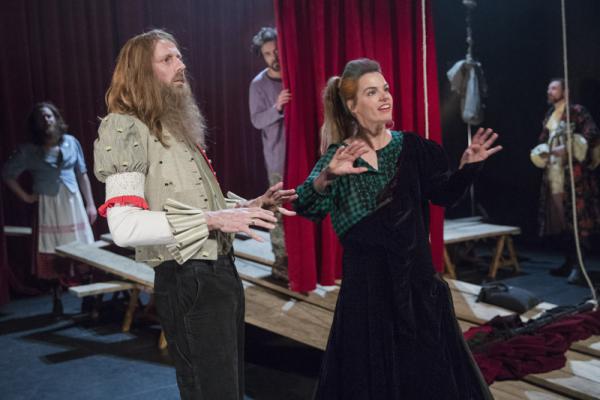 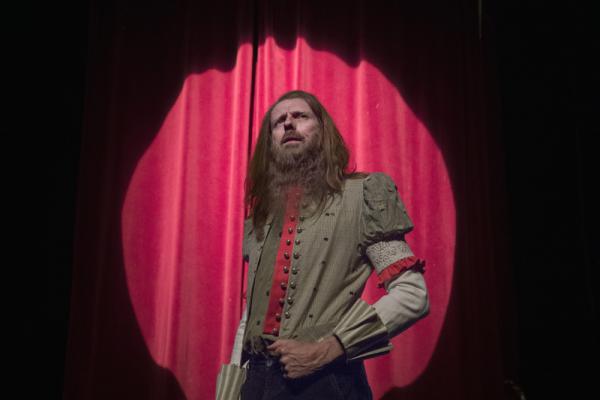 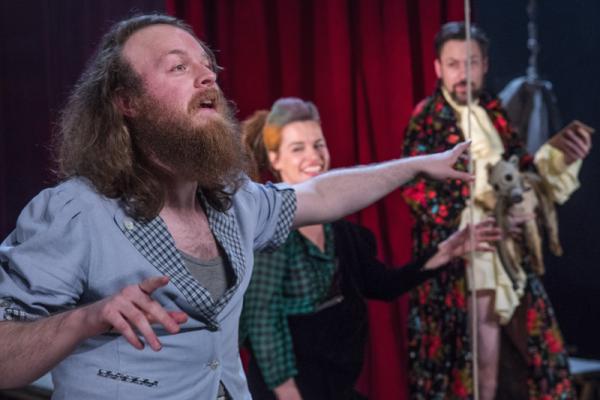 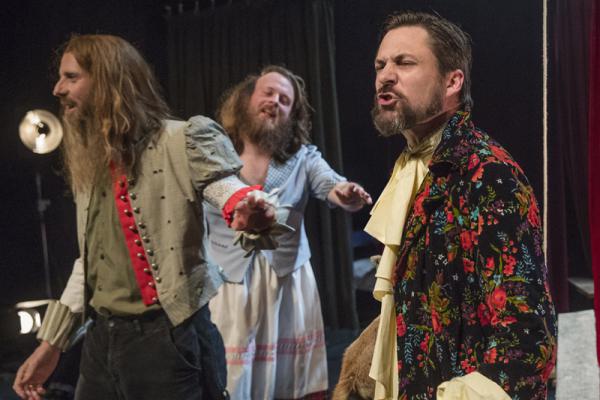 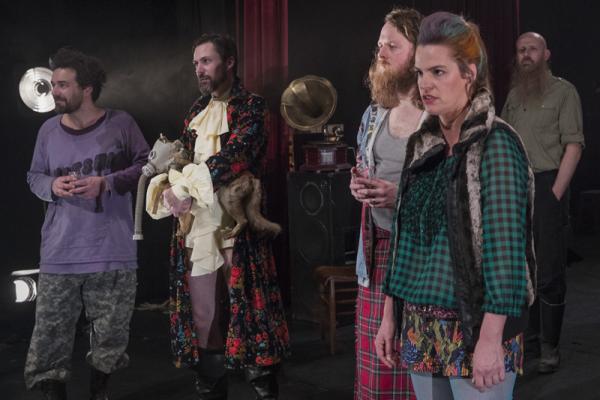 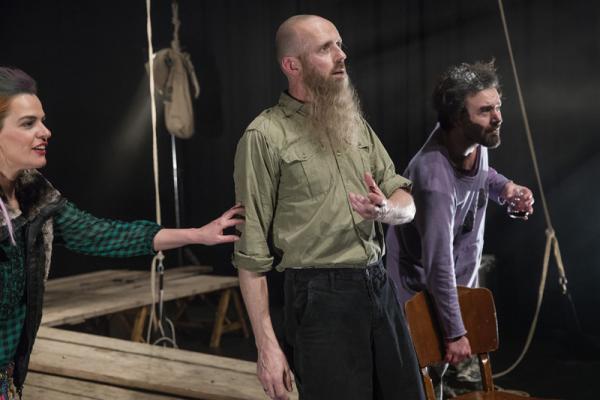 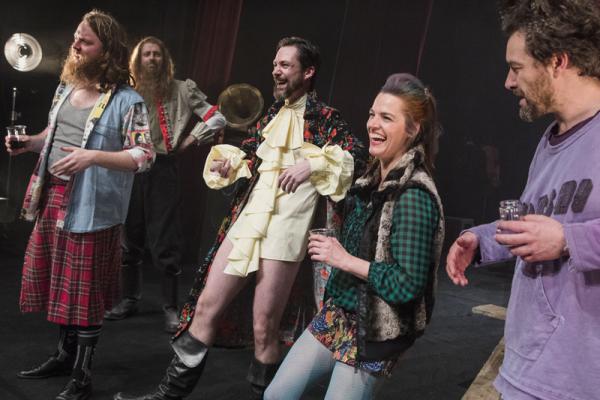 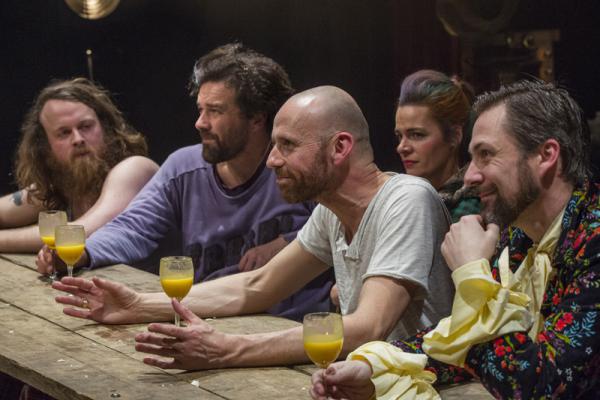 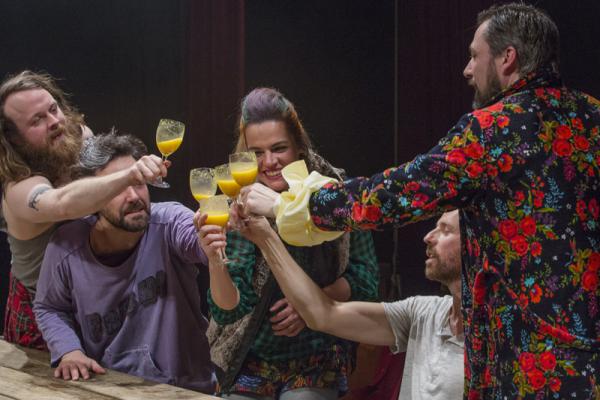 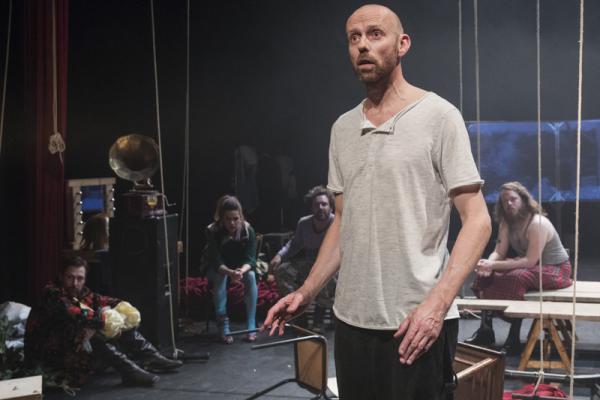 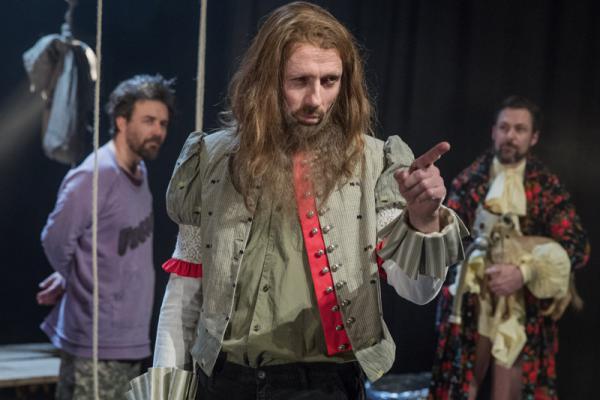 0
Hide tourdates
Uit
Five like-minded creatures meet in secret,
with a rather ambitious plan: that of changing the world.
Because society is taking a turn for the worse,
which they feel they have to do something about – together.
Every evening they warm themselves up on the flame of their ideas.
Every evening, in a deserted sitting room, they turn each others’ heads with the zaniest plans,
They write manifestoes, advance passionate arguments and
foment revolutions.
Their need for decisiveness grows so unspeakably huge that, suddenly, there is no going back: the pan catches fire, the pan flies off the stove, the flame lights the fuse, the fuse is on the powder keg.
Will they have the courage of their convictions?
Do they mean what they are saying?
And do they really want what they mean?
As a performance, Salon Secret wishes to incite young (and less young) individuals to view our world differently.
And to act accordingly.
Because the future started yesterday...
de wereld redden
PRODUCTION: ARSENAAL/LAZARUS, HOF VAN EEDE & KOPERGIETERY
CREATION: Dominique Collet, Simon De Winne, Wannes Gyselinck, Günther Lesage, Joris Van den Brande, Ans Van den Eede, Louise Van den Eede
PLAY: Dominique Collet, Simon De Winne, Günther Lesage, Joris Van den Brande, Ans Van den Eede
COSTUME DESIGN: Karen De Wolf
For schools
informatiemap voor scholen